Google Duo is a simple one-to-one video calling app without any difficult menus or clutter. It so simple and video call centric app that it has not other menu or feature except to make quick and clear video calls. Available for Android and iOS. Duo takes the complexity out of video calling, so that you can be together in the moment wherever you are. 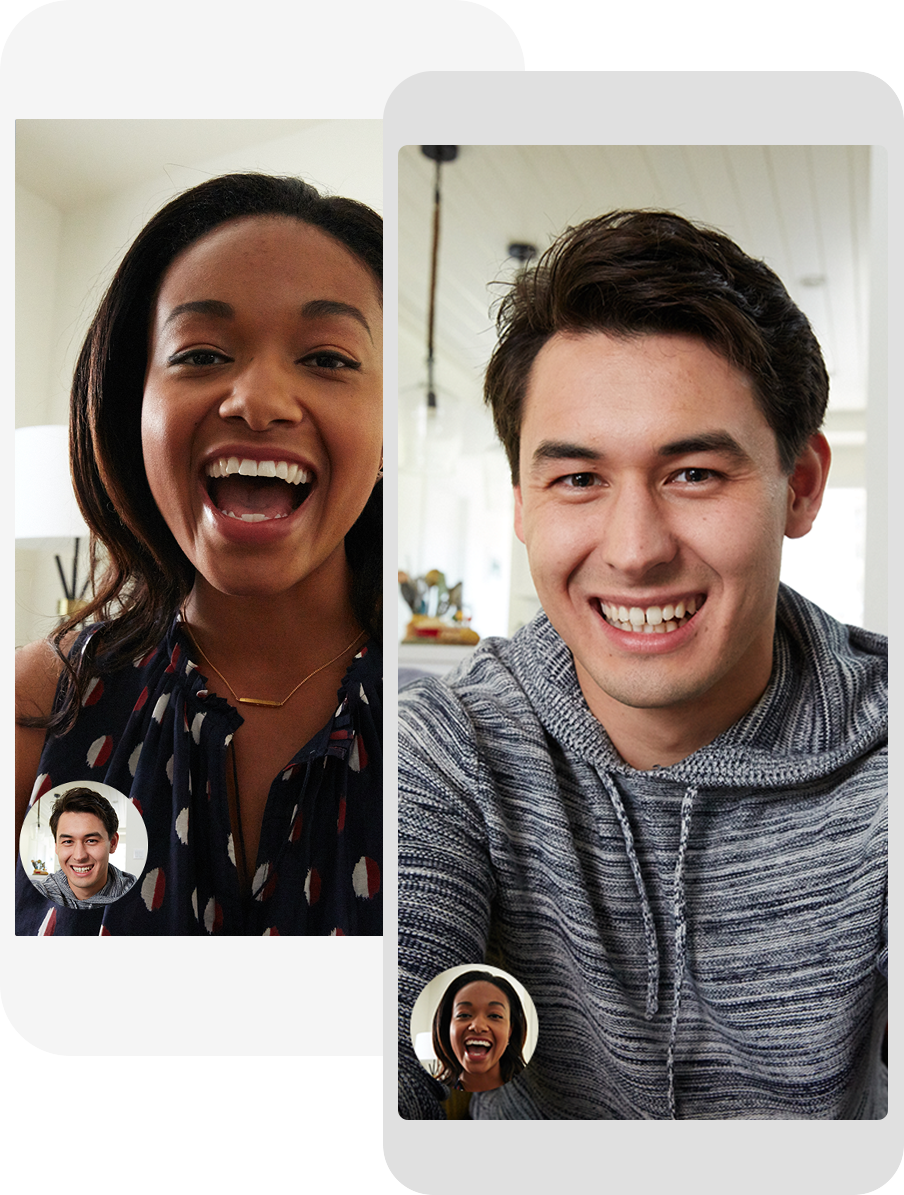 Simple interface
Duo is simple from start to finish. To get started, all you need is your phone number and you’ll be able to reach people in your phone’s contacts list. No separate account is required, so you can sign up in just a few steps. From there, you can instantly begin a video call with a single tap.

Fast and reliable
We all know how it feels when a call fails to connect or when video gets choppy. We’ve built Duo to be fast and reliable, so that video calls connect quickly and work well even on slower networks. Call quality adjusts to changing network conditions to keep you connected — when bandwidth is limited, Duo will gracefully reduce the resolution to keep the call going smoothly. For video calls on the go, Duo will switch between Wi-Fi and cellular data automatically without dropping your call. You can start your call at home, and continue seamlessly even when you head out the door.

Preview incoming calls
To make calls feel more like an invitation rather than an interruption, we created a feature in Duo called Knock Knock which lets you see live video of your caller before you answer, giving you a sense of what they’re up to and why they want to chat. Knock Knock makes video calling more spontaneous and welcoming, helping you connect with the person before you even pick up.

Google Duo
Google Duo is a video chat mobile app developed by Google, available on the Android and iOS operating systems. It was announced at Google’s developer conference on May 18, 2016, and began its worldwide release on August 16, 2016.

Google Duo lets users make video calls in high definition. It is optimized for low-bandwidth networks. End-to-end encryption is enabled by default. Duo is based on phone numbers, allowing users to call someone from their contact list. The app automatically switches between Wi-Fi and cellular networks. A “Knock Knock” feature lets users see a live preview of the caller before answering. An update in April 2017 lets users worldwide make audio-only calls.

History
Google Duo was announced at Google’s developer conference on May 18, 2016, and began its international rollout on Android and iOS devices starting August 16, 2016.

In October 2017, Google Duo was integrated into Google Phone, Contacts, and Android Messages on the Pixel, Nexus, and Android One phones. This integration will be brought to other Android phones and carriers in the near future.

Features
Google Duo video calls are in 720p HD video.It is optimized for low-bandwidth mobile networks through WebRTC and uses QUIC over UDP. Optimization is further achieved through the degradation of video quality through monitoring network quality. “Knock Knock” shows a live preview of the caller before the recipient picks up, which Google says is to “make calls feel more like an invitation rather than an interruption”.[4] End-to-end encryption is enabled by default.Duo is based on phone numbers, allowing users to call people from their contact list. The app automatically switches between Wi-Fi and cellular networks.

In March 2017, it was announced that Google Duo would let users make audio-only calls. The feature was first launched in Brazil, with a global rollout in April.

A year later in March 2018, video and voice messages were added to Duo. Users can leave messages up to 30 seconds long for contacts who are unavailable. These messages can then be viewed by the other party, with the option of calling afterwards