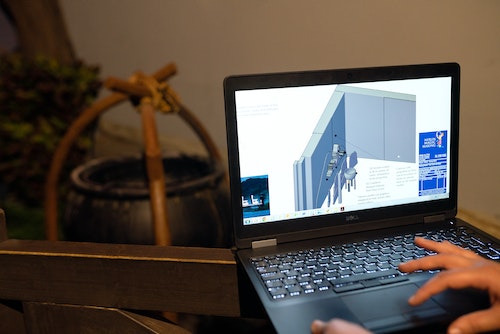 Collection of mostly FREE software and tools, Utilities which we have tested some or other time and have found effective and convenient to use here are listed. Please go through the description about each FREEWARE before installation and send us your Feedback, if you find any better alternatives or link errors. The free software and tools are arranged in to separate category for your convenience like Free FTP, Free Antivirus etc. Hope you would like our collection and appreciate it.

Free software or software libre is software that can be used, studied, and modified without restriction, and which can be copied and redistributed in modified or unmodified form either without restriction, or with minimal restrictions only to ensure that further recipients can also do these things and that manufacturers of consumer-facing hardware allow user modifications to their hardware. Free software is available gratis (free of charge) in most cases.

In practice, for software to be distributed as free software, the human-readable form of the program (the source code) must be made available to the recipient along with a notice granting the above permissions. Such a notice either is a “free software license”, or a notice that the source code is released into the public domain.

The free software movement was conceived in 1983 by Richard Stallman to satisfy the need for and to give the benefit of “software freedom” to computer users. The Free Software Foundation was founded in 1985 to provide the organizational structure which Stallman correctly foresaw would be necessary to advance his Free Software ideas.

Free software, which may or may not be distributed free of charge, is distinct from “freeware” which, by definition, does not require payment for use. The authors or copyright holders of freeware typically retain all other rights to the software; users of freeware, in general, cannot study, modify, or redistribute it.

Since free software may be freely redistributed it is generally available at little or no cost. Free software business models are usually based on adding value such as applications, support, training, customization, integration, or certification. At the same time, some business models which work with proprietary software are not compatible with free software, such as those that depend on a user paying for a license in order to lawfully use a software product.

The first formal definition of free software was published by FSF in February 1986. That definition, written by Richard Stallman, is still maintained today and states that software is free software if people who receive a copy of the software have the following four freedoms:

Freedoms 1 and 3 require source code to be available because studying and modifying software without its source code is highly impractical.

Thus, free software means that computer users have the freedom to cooperate with whom they choose, and to control the software they use. To summarize this into a remark distinguishing libre (freedom) software from gratis (zero price) software, Richard Stallman said: “Free software is a matter of liberty, not price. To understand the concept, you should think of ‘free’ as in ‘free speech’, not as in ‘free beer'”.
In the late 90s, other groups published their own definitions which describe an almost identical set of software. The most notable are Debian Free Software Guidelines published in 1997,[9] and the Open Source Definition, published in 1998.

The BSD-based operating systems, such as FreeBSD, OpenBSD, and NetBSD, do not have their own formal definitions of free software. Users of these systems generally find the same set of software to be acceptable, but sometimes see copyleft as restrictive. They generally advocate permissive free software licenses, which allow others to make software based on their source code, and then release the modified result as proprietary software. Their view is that this permissive approach is more free. The Kerberos, X.org, and Apache software licenses are substantially similar in intent and implementation. All of these software packages originated in academic institutions interested in wide technology transfer (University of California, MIT, and UIUC).

All free software licenses must grant people all the freedoms discussed above. However, unless the applications’ licenses are compatible, combining programs by mixing source code or directly linking binaries is problematic, because of license technicalities. Programs indirectly connected together may avoid this problem.

The majority of free software uses a small set of licenses. The most popular of these licenses are:

The Free Software Foundation and the Open Source Initiative both publish lists of licenses that they find to comply with their own definitions of free software and open-source software respectively.

The FSF list is not prescriptive: free licensees can exist which the FSF has not heard about, or considered important enough to write about. So it’s possible for a license to be free and not in the FSF list. However, the OSI list is prescriptive: they only list licenses that have been submitted, considered and approved. This formal process of approval is what defines a license as Open Source. Thus, it’s not possible for a license to be Open Source and not on the OSI approved list.

Apart from these two organizations, the Debian project is seen by some to provide useful advice on whether particular licenses comply with their Debian Free Software Guidelines. Debian doesn’t publish a list of approved licenses, so its judgments have to be tracked by checking what software they have allowed into their software archives. That is summarized at the Debian web site.

However, it is rare that a license is announced as being in-compliance by either FSF or OSI guidelines and not vice versa (the Netscape Public License used for early versions of Mozilla being an exception), so exact definitions of the terms have not become hot issues.