The Whatsapp messenger client was created by WhatsApp Inc., based in Mountain View, California, which was acquired by Facebook in February 2014 for approximately US$19.3 billion. By February 2018, WhatsApp had a user base of over one and a half billion, making it the most popular messaging application at the time. WhatsApp has grown in multiple countries, including Brazil, India, and large parts of Europe, including United Kingdom and France. In US also its a popular client but iPhone client is more popular. 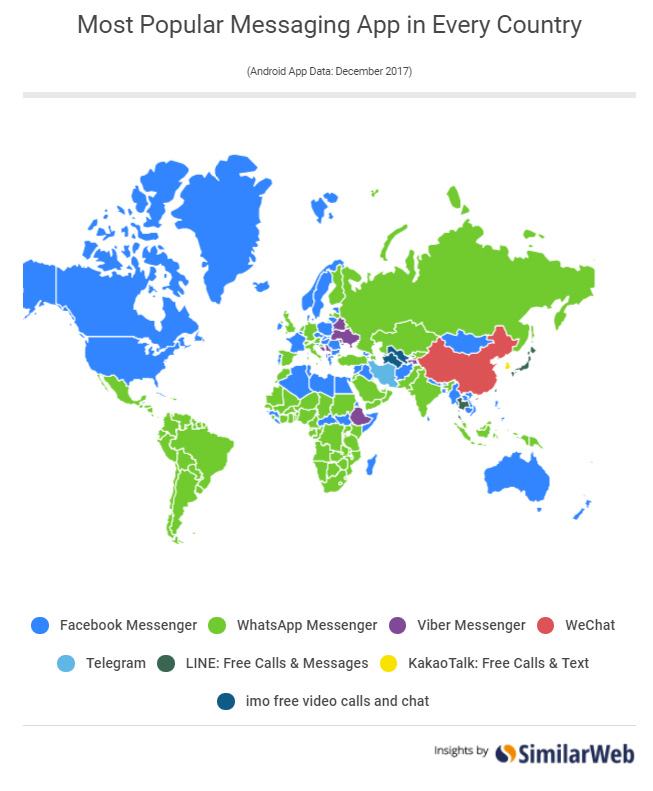 WhatsApp, one of the most popular messaging platforms in the age of the internet, is without a doubt a modern-day success story. From humble beginnings to widespread adaptation, the history of WhatsApp is the quintessential example of a small tech startup turned wildly successful company. In this article, we’ll take a look at how WhatsApp got their start and how the company’s recognizable logo played a role in their success.

Brian Acton and Jan Koum, the founders of WhatsApp, both worked as employees of Yahoo! before leaving the company. Shortly thereafter, they both applied for jobs at Facebook—jobs that had they been accepted to would have likely left them unable to start WhatsApp—but were turned down. At the time, Koum was living off of his savings from Yahoo!, with little direction as to where his next career path would take him. In 2009, though, after purchasing an iPhone, Koum had the vision to see that an entire industry was about to form based around mobile apps. Looking to capitalize on this up-and-coming industry, Koum began to explore the possibility of creating an app that would let mobile users better interact and engage with their friends, family, and business contacts. Teaming up with Brian Acton, Koum managed to persuade five associates from Yahoo! to fund the app with $250,000, and in 2009 WhatsApp was launched.

It was a bit of a rocky start for WhatsApp, though. After numerous crashes and failures, Koum grew frustrated with the app’s development and reportedly considered giving it up entirely. It was Acton that encouraged Koum to stick it out “a few more months” each time the duo hit a setback.

Luckily for the both of them, the duo did indeed stick it out and saw the app through to its eventual success. By February of 2013, WhatsApp boasted 50 staff members and 200 million users. Shortly thereafter, the app was bought out by Facebook for a staggering $19 billion—a number that stands as the largest acquisition in the world to date.

Today, WhatsApp still logs over 100 million voice calls a day according the company’s blog. With usage numbers like these combined with the app’s historic buyout, there’s no arguing the success of WhatsApp.